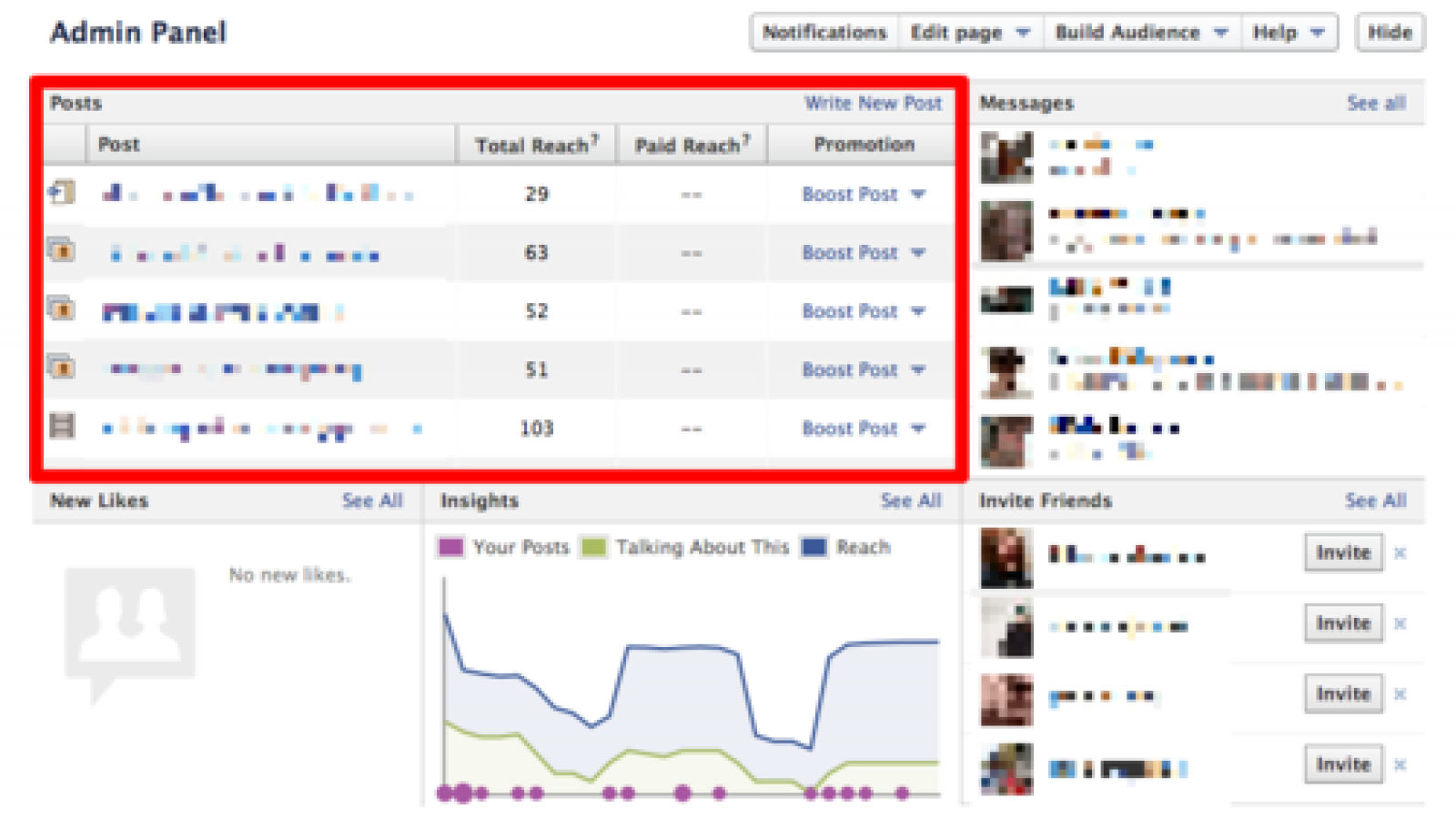 I had heard about it, but didn’t give it too much attention until it happened with me – Facebook page notification box has been replaced by reach data of the page’s latest posts. And there’s no option to get back notifications. It looks like this: This is bad for businesses and their customers. Let me tell you why.

Previously that box contained everything to respond to comments in a timely and easy fashion, now I’m forced to make another click through to notifications. Of course, I’ve used it before – for large pages with a lot of engagement it’s the easiest way to find comments and to respond to them – better than the notifications box. It’s the other way around with small and medium businesses which don’t have large fan bases and a lot of comments. I believe that for SMB segment that notification box was all that was necessary.

Even more – that box had small thumbnails of commenter’s profile photo and one of the photo that was commented on. Simple & beautiful. And now that is gone.

Yes, I couldn’t agree more. Nonetheless, the push towards spending money on advertising shouldn’t happen on the expense of usability of core services.

Actually, the new “reach & promotions” box could’ve replaced other parts of admin panel, which aren’t as important. For example, the “invite friends to like the page” & “new fans” boxes really don’t add any value. I mean these two: Facebook as it is has problems at beating twitter at its game – twitter is faster, simpler and more dynamic – users (if they’re given the option) choose to speak up to brands there, not on Facebook. And with this change Facebook is taking a step back. This won’t make page owners to respond more and in faster manner. It’s the opposite – it’ll leave some comments unnoticed and some users less happy both with Facebook and businesses operating their pages.

Facebook, bring back the notification box. It’ll be win-win for everyone.